How Many Chiller Types

Do you know how many types for industrial chillers? Generally speaking they can be devided into different types according different criteria.

According to its cooling type, they can be devided into:

a, Air cooled chiller – These chillers absorb heat from process water and can be transferred to the surrounding air. Air cooled chillers are generally used in applications where the additional heat they discharge is not a factor. They require less maintenance than water cooled units and eliminate the need for a cooling tower and condense water pump. They generally consume approximately 10% more power than a water cooled unit as a wet surface transfers heat better than a dry surface.

b, Water cooled chiller – These chillers absorb heat from process water and transfer it to a separate water source such as a cooling tower, river, pond, etc. They are generally used for large capacity applications, where the heat generated by an air cooled chiller creates a problem. They are also considered when a cooling tower is already in place, or where the customer requires optimum efficiency of power consumption. Water cooled chillers require condenser water treatment to eliminate mineral buildup. Mineral deposits create poor heat transfer situations, that reduce the efficiency of the unit.

According to it’s application, they can be devided into:

a, Portable chiller – A liquid cooling system on casters that can be relocated from one application to another with relative ease. It can be used to cool one or more heat generating devices.

b, PCB chiller – A kind of cooling system which is the customized designed for PCB drilling and milling machine

and more other types chillers, such as oil chiller, heat-cold dual use chiller… 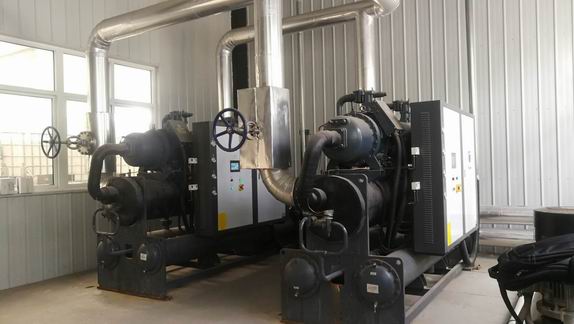